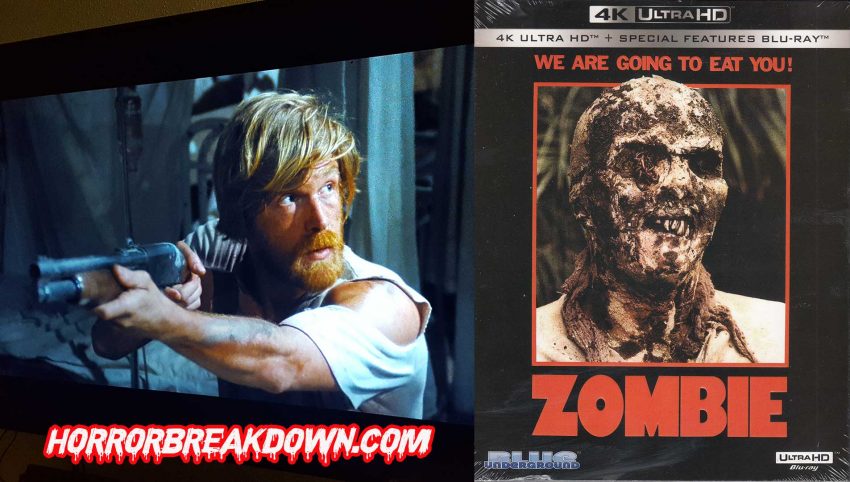 When I first heard that the Zombie 4K UHD Blu-ray was going to be released from Blue Underground’s Facebook page, I was very excited. You might be wondering why I was excited, because I own a few copies of the movie already. I’ve had the big box Betamax release of Zombie for many years, the Shriek Show DVD for many years, bought the Zombie Ultimate Edition that Blue Underground released about 9 years ago, and the Arrow Video release 1 year later. What can I say? I’m a sucker for special features for movies that I love.

While I’ve bought mostly every Zombie release this century, I avoided the 3-disc edition that Blue Underground released 2 years ago because I’m limited on shelf space these days and in the year 2018 and beyond, I really prefer to only store 4K discs or movies that are really hard to find. My patience paid off, because this 4K release is magnificent. I watched the movie on my 70″ 4K Vizio TV, with the disc playing on my Samsung 4K player and I can truly say that the movie has never looked better. Check out these quick photos I snapped.

The slipcover is limited and while I don’t collect them myself, they’ll probably be worth a bit once they’re out of print (OOP). Get your copy of the Zombie 4K UHD Blu-ray via Amazon here. This Fulci classic does not disappoint!