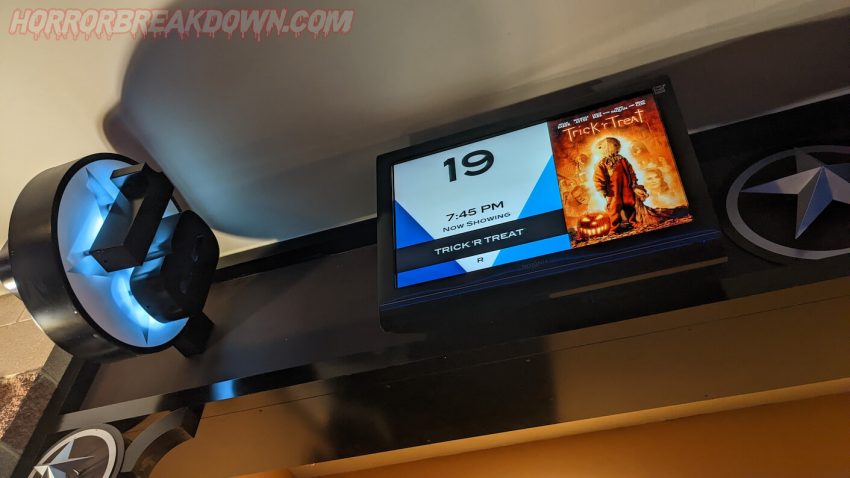 Trick ‘R Treat is one of those movies that I had always wanted to see in theaters, getting the entire movie going experience, but it was never officially released in cinemas during its initial run. So when I saw that a Trick ‘R Treat re-release was happening, I was stoked! There’s something magical about walking into a movie theater, smelling the buttered popcorn in the air, and carving out a designated time and treating the movie like it’s a special event. Instead, I bought the movie on Blu-ray from Amazon back in 2010 and decided that my first day off of work, I would sit down and watch the film.

Trick ‘R Treat is a 2007 horror anthology film that was slated to be released back then, but it kept getting pushed back until it was pushed from a theatrical run entirely. I suspected that Michael Dougherty was promised that this passion project would see the light of day since he’d been writing the financially successful X2 X-Men film, as well as Superman Returns, and perhaps the studio was doing the minimum amount to keep him happy?

It’s important to note that the Trick ‘R Treat re-release was scheduled for only a few days in October, however, the theater was mostly empty when I saw it. Only two couples ended up watching the film with me. So even though the film has achieved some level of cult status, perhaps the studio saw that the movie would flounder at the box office, and home video rentals were the most lucrative route.

This movie is a lot of fun. The segments in the anthology tie together nicely, Sam is a fun character, and there are some stars in the film that were up and coming when the movie was filmed. It’s funny how time much time has passed and how quickly it feels like it passed since it came out. The opening story has a VHS tape in it, which was commonplace for 2007. You’d be hard pressed to find anybody in 2022 that is under 70 years old that even has a VCR to play VHS tapes. All in all, I’m glad that I was finally able to catch this fun Trick ‘R Treat re-release in theaters, how it was meant to be seen. It was almost as fun as the first time that I watched the movie and fell in love with it, 13 years go.