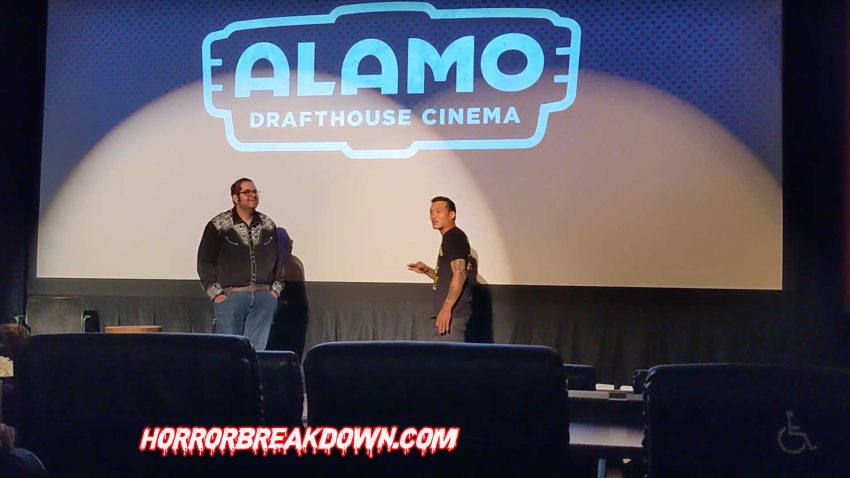 The Alamo Drafthouse in Houston, Texas, tends to do quite a few special events tailored towards us horror fans, so when I saw that they were hosting an event with Thom DeMicco from Troma, it sounded like fun. I’m a medium-sized Troma fan and find their universe pretty fun, although you might not want to eat too much while you watch your average Troma movie, but I’ve been to most of the mega-Troma events in Houston that have happened since around 2010 (In an earlier article, I even wrote about picking up an NFT from Troma).

The event was pretty intimate, with Thom sharing tips on what it’s like to work behind the scenes on Troma movies and shorts. We screened a bunch of trailers and shorts from Tromadance, including Meat is Murder!, Blood Stab, and Were Dear (which they announced will be made into a full feature). Then there was a Q&A session where Thom went into detail on his day to day with Troma, Lloyd Kaufman, and churning out content.

After the Q&A, we watched another Troma film called The Slashening: The Final Beginning. It was definitely low budget and definitely a Troma film, but it had some really funny parts that made fun of the slasher genre. I won’t get too much into the film, but if you’ve got some time and can handle the lack of polish and the pacing of a low budget horror film, then check out the trailer and see if you think you might like it.

All in all, it was a fun event. Thom shared a lot of details, was very likable, and I even picked up a Blu-ray of the first Slashening film. If you’re interested in following Thom on his adventures, you can find him on Twitter as @thomdemicco.

Touching base on Bram Stoker's Dracula Pinball Machine by Williams, from 1992: https://horrorbreakdown.com/bram-stokers-dracula-pinball-machine/