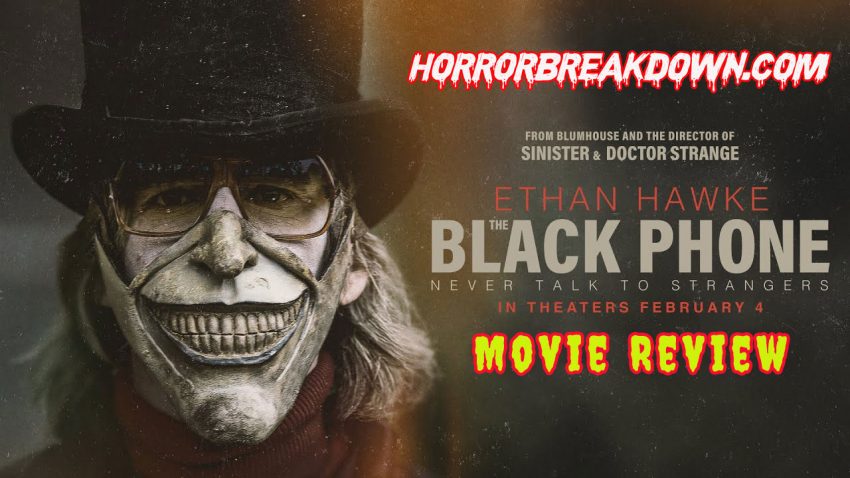 The horror genre has very passionate fans, and those fans are just starving for the latest awesome film to come out so that they can discuss it at length. Usually these movies are polarizing and both sides seem to take offense at somebody either liking or disliking a film that they have a strong opinion of. While I enjoyed the Black Phone and found it entertaining, I would be inauthentic if this movie review gave the film too much praise. It was very well done, but it left too many questions unanswered and didn’t have quite that tone that a captivating horror film should have.

I want to note that this is a spoiler-free movie review, however, I’ve listed a section at the end of this post that highlights a few specific problems that I had with the film. If you haven’t seen the film yet, feel free to skip over that section. However, check out the trailer for the Black Phone below.

I had been seeing posts pop up about the Black Phone on a group that I help run called Shudder Horror Fans, so I wanted to see the film and do this movie review before I came across any spoilers. So right when the movie came out, I went to the local Cinemark during the day and checked it out. The theater was pretty empty, but there always seems to be that one guy that sits in front of you that can’t stay off his phone for more than 10 minutes at a time.

The atmosphere of the film was pretty well done. The short story that was the basis for the film was written by Joe Hill, however, the screenplay was written by the team that wrote Sinister, and then the director of Sinister also directed it. You can sense some of the same direction from Sinister here, but it wasn’t quite as eerie. It seemed like they were really trying to get the look though, especially with the bloody-looking cracks in the walls.

This felt like a light horror film. It had some blood, some shock scenes, and a little suspense, but It wasn’t as creepy as Sinister and it was far from as suspenseful or captivating as Insidious. There were also a lot of distracting problems (see the spoiler section) and I felt like Ethan Hawke wasn’t in the film enough. It had a Sinister vibe, especially with the 8mm dream sequences, but it didn’t quite pack that punch. It’s a very well done film, but waiting to stream this one from home might be the best choice.

I found the Black Phone to be very entertaining, but I had a lot of problems with it as well. Why was the rug over the tile floor not questioned at all by the Grabber? Why did the Grabber not notice that the grate over the window was missing? Why have a window at all and not just cover it over with bricks, when it’s really just a liability and the Grabber went to such great lengths to soundproof the room beforehand? Why was the Grabber’s masks and fear of being without the mask, not explained at all? Why was the black phone not explained very much either?  Just a lot of details like that were nagging at me by the end of the movie.