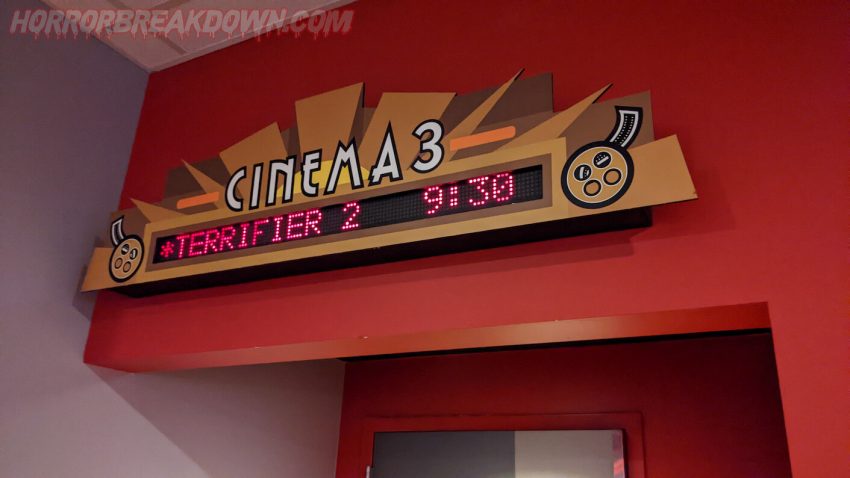 Art the Clown has certainly resonated with fans over the years, and Terrifier 2 is his latest blood-soaked exploit. I first caught wind of Terrifier 2 at Texas Frightmare Weekend 2021. Damien Leone and David Howard Tornton were on hand to show a preview of the film, and it certainly left the fans wanting more.

If you’ve not heard of Terrifier before, it’s a 2016 splatter film that was based on a series of short films that were rolled into the anthology film All Hallow’s Eve. It features Art the Clown as a sadistic killer clown that silently mutilates his victims. I loved the performance of Art the Clown, but I felt like the storyline to the original Terrifier left much to be desired and was all over the place. While Terrifier 2 definitely upped the level of gore from the first film and Art the Clown truly carried the movie, I didn’t quite understand why the runtime had to be so long.

Clocking in at almost 2 and 1/2 hours, unlike the first film that was about 85 minutes long, the film really could have been boiled down to around 90 minutes or so. The extreme gory violence was fitting to the film, so it’s hard to knock why the torture scenes were drawn out, but a lot of the dialogue and diverted subplots didn’t really seem to go anywhere. It didn’t make me feel like I invested anything else into the characters and it would have been better if the film had just moved along a little quicker when it came to banter that didn’t increase suspense or handle exposition very well.

I felt like the film suffered from the Deus ex machina plot device. I understand that the whole point of the film is to showcase the brutality of Art the Clown, and it did that part well, but it would have been nice for the story to have a little more power behind it. I would wait for streaming on this one, especially if you have a decent home theater setup. It should be coming to Screambox later in November 2022. Make sure that you stick around for after the film, as there’s a behind the scenes featurette.