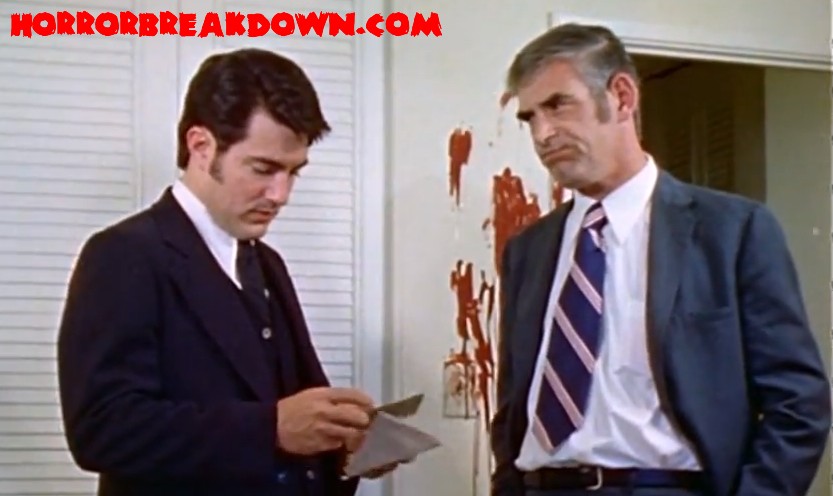 Satanic devil-worshiping movies from the ’70s are quite common, but Satan’s Black Wedding really stands out for its dark atmosphere, soundtrack, and just how much this film achieved on such a low budget.

The movie was shot on film, but color-corrected using the one-light method due to budgetary constraints, so some of the coloring isn’t perfect, but it still looks really good. The film opens with a shot of Goya’s Witches’ Sabbath painting as the intro credits roll. It really sets the tone nicely, and jumps right into some explicit action.

I never get into spoilers, so the basic plot of the movie revolves around a woman who found herself investigating the occult and letting it consume her (with the help of a Vampire Priest who has rejected God), and her brother showing up to investigate her death.

Satan’s Black Wedding was shot in and around Pacifica, California, so the natural fog really adds to the movie’s mysticism. The day-for-night shots look pretty good, even though the artificial blue hues can be a little distracting. A common complaint that movie watchers in general have with movies from that period is that the blood is way too red and looks like it’s red paint. The blood used was the same blood that was used by the big Hollywood Studios, which was created by 3M. You’ll notice that even in the big studio movies of the time, the blood doesn’t look all that realistic, and the studio films at least had access to more detailed color correction to fix it. The movie also has a unique one-piano score the entire film, which adds to the eeriness and solitude that the protagonist faces in trying to uncover what really happened to his sister before she died. The largest complaints that I would have about this movie is that some of the acting is not the best and the runtime could probably have been cut in half and still said all that it needed to say, but everything would have moved along a little smoother.

The first time that I saw this movie, it was from a DVD triple feature released by Shock-O-Rama that I had initially picked up to watch Criminally Insane. The price wasn’t all that high, so my expectations weren’t either, but I was pleasantly surprised. The director Nick Millard gives commentary on the film, and the commentary is worth the price of DVD by itself. He explains how a movie like this was paired with another 61 minute runtime movie, then marketed as a double feature in theaters. If you can get past some of the parts that drag, you’ll find yourself with a rough gem. You can pick it up on DVD here.