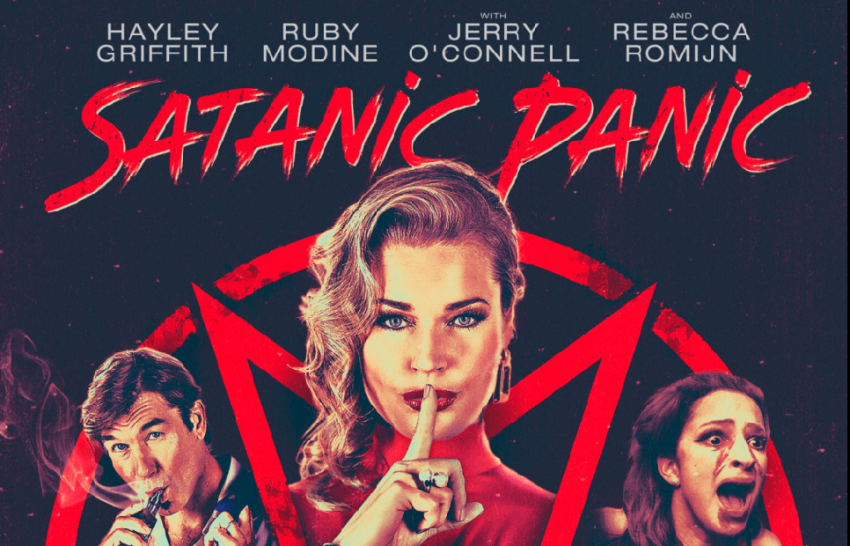 One of the major reasons that I like the Alamo Drafthouse is the special events that they host. I’m normally quite comfortable at my house watching TV since I’m subscribed to a few services like Shudder, Netflix, etc, so I tend to not go to the movies that much anymore, except for special events. When I saw that AJ Bowen (You’re Next, House of the Devil, Creepshow 3) was going to be here in Houston to promote his new film, Satanic Panic, I just had to check it out.

After checking out the trailer, I thought to myself, this looks like it’s going to be a fun movie. The director, Chelsea Stardust, was going to also be in attendance to promote the film. I hadn’t actually seen any of her work before, which appeared to have been mostly short films and some assistant work on a some really large Blumhouse and Judd Apatow films, but with the re-vamped Fangoria backing the project, my hopes were high.

Overall, I really enjoyed the movie. It was funny, wasn’t too long, and really strived to be as authentic as possible (or at least as much as any layperson would recognize). I’d recommend that everybody check it out.

Robert Englund on Nickelodeon promoting A Nightmare on Elm Street 4: The Dream Master (1988)

Diana @kinky_horror aka Darcy The Mail Girl has appeared in 3 Full Moon films (Puppet Master: Axis Termination, Evil Bong 666 & Weedjies) What Full Moon movie would U like to see her as the lead? Retweet. Best answer wins FREE DVD. & watch them on Amazon https://tinyurl.com/y2s2fcy5