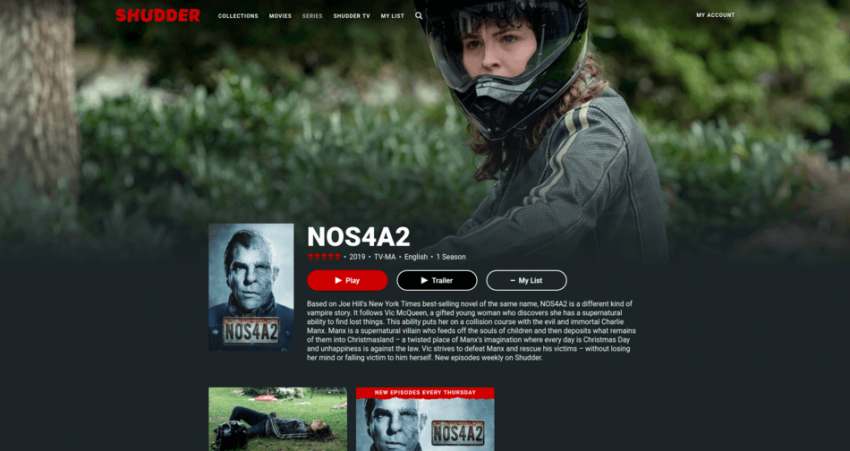 A few months back I cut the cable on pay television. I don’t like being tied down to contracts on things that I don’t need, especially when there are so many streaming options available at reasonable monthly rates without a contract. When I heard that AMC was adapting Joe Hill’s novel NOS4A2, I was pretty excited, but then a bit worried it might be a little hard to stream the series without having to pay for each episode. It was then reported that Shudder would be premiering the series on August 8th, then release the next episode each week after that. If you aren’t aware, Shudder is a great deal for horror fans and offers tons of movies for only $5 per month (even less per year). I’ve been using the service since it was released, and it’s worth every penny. Checkout the trailer below and see if it piques your interest.

The series is based on Joe Hill’s (Stephen King’s son) novel of the same name, which is essentially a vampire story. Manx is a supernatural villian that feeds off of the souls of children and deposits their remains into what’s called Christmasland (a twisted place of Manx’s imagination). Vic McQueen is a woman with supernatural abilities that tries to defeat Manx and rescue the children, without becoming a victim herself.