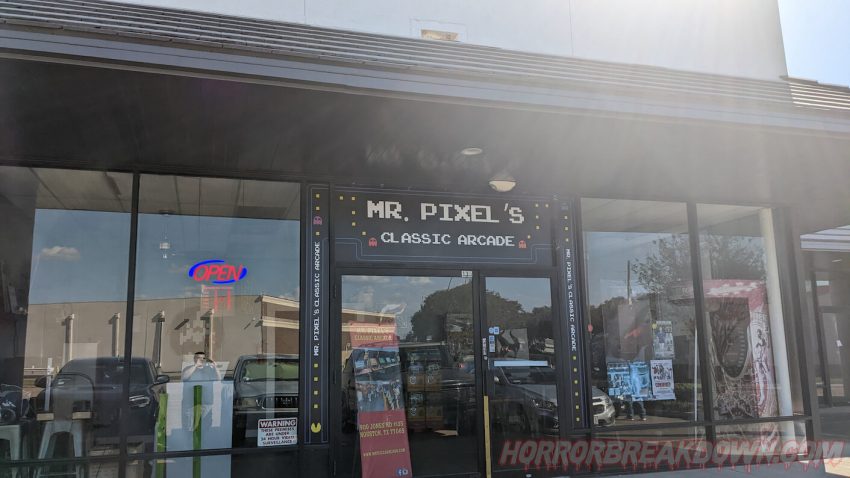 Pinball arcades around where I live are not extremely rare, but they are spread out a bit. I either have to take a toll road to get to most of them, or it’s a drive into Houston that I would need to make. The closest one too me was Mr. Pixel’s Classic Arcade, so when I heard that they were closing, I was a bit saddened to hear it.

I first stumbled upon Mr. Pixel’s Classic Arcade, when I was trying to find a spot to play near me. I tried the Game Preserve in Spring, but the price was $15 to get in for the day, and what seemed like $8 in tolls just to get there from my house.

So I went and checked them out for the first time, since there were no toll roads from my house to get there and entry was only about $9 for the day, and found that they didn’t have a ton of games, but they did have enough pinball machines for me to play on them for a few hours and have a great time. I covered my experience playing the Nightmare on Elm Street pinball machine in an earlier post.

The Nightmare on Elm Street pinball machine was not in operation on my first trip, but they had it up and running on a subsequent visit. I did find that the flippers weren’t very powerful and there seemed to be no ball save configured for the game at all, but it was still a fun play and a first for me.

Fish Tales was definitely the highlight here, as it’s a classic William’s table, with fun music and easily understandable rules. The other ones were less fun for me, like Batman Forever and Dungeons and Dragons, but I definitely still spent time on all of them when I was there.

Most of the other games were retro and modded cabinets featuring classics. Most of the games were working, so there were plenty of choices and the place was never too crowded when I was there, which tended to be on the weekends.

All in all, I’m sad to see it go. Besides the arcade itself, they did a couple film screenings here last year. They didn’t have a huge turnout, but I had some great conversations and met a few cool people. I’ll probably be driving a little further into Houston for my next pinball arcade visit, but I had a lot of fun here and I’ll miss Mr. Pixel’s Classic Arcade.