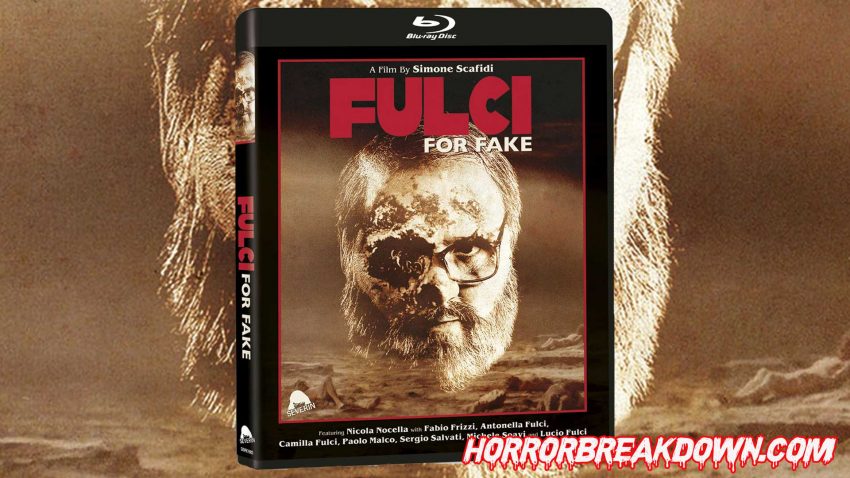 Lucio Fulci is one of the most popular Italian horror movie directors of the 1970s and 1980s, having directed classics such as Zombie (aka Zombi 2), The House by the Cemetery, The Gates of Hell, and The Beyond, yet his personal life has been shrouded in mystery. Fulci For Fake is a biopic review of his life and the inspirations behind his films.

The title Fulci For Fake is a play on the Orson Welles’ film F For Fake. The film was directed by Simone Scafidi and stars Nicola Nocella, who attempts to prepare for his portrayal of Lucio Fulci, by talking to those who knew him best.

There are lots of interviews, including with his 2 daughters, Fabio Frizzi, Paolo Malco, Sergio Salvati, and many more. We see through stills and commentary on his emotional state how the inspirations for his films were formed, how financial success eluded him at the end, and his passion for telling stories his way.

If you’re a Lucio Fulci fan, you’ll enjoy the never before seen footage, photos, and interviews from those that were closest to him. He’s known for his horror movies, as well as the many films he made before his horror movies, but the film shows us that he was still just a person. He loved, had dreams, desires, losses, felt anger/sadness, struggled to stay relevant as he aged and had problems like the rest of us. I found the film enjoyable, but would have loved to see a few more film clips spread out among the stills during the interviews.

The film is in Italian, but has English subtitles. If you’re interested in checking the movie out, you can rent it via Alamo on Demand or you can pick it up on Amazon.