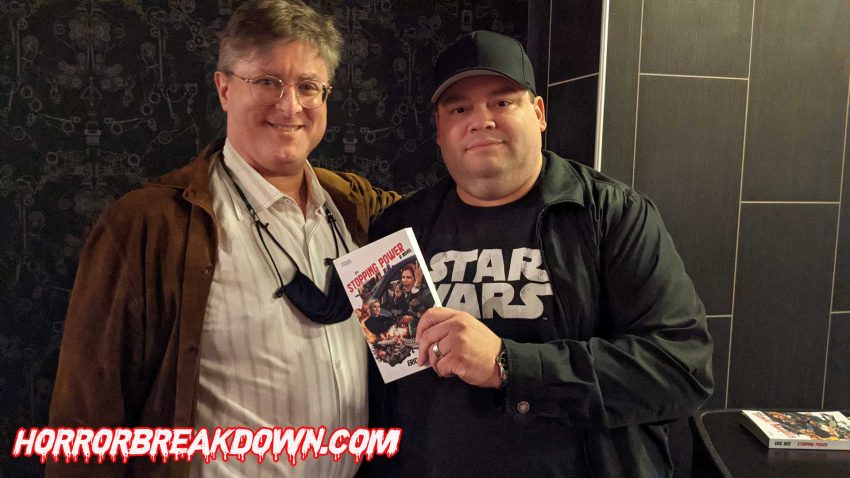 The Alamo Drafthouse in Houston, Texas, hosts a weekly event called Graveyard Shift, which generally shows off-the-wall horror films every Friday night. I tend to only show up for special guest live events, and I was really interested when I saw that Eric Red was going to be making an appearance in promotion of his latest book, Stopping Power.

One of Eric Red’s most famous works that he co-wrote with Kathryn Bigelow is Near Dark. Near Dark is one of my favorite ’80s vampire films, and certainly one of my favorite Western Horror films. It stars Bill Paxton and Lance Henrikson, which also boasts an amazing soundtrack by Tangerine Dream. Check out the trailer below to get a sense of the film, if you haven’t seen it before.

Getting more into the event for the evening, the main film was Cohen and Tate. Eric Red explained how he shot the film in Houston, Texas, and had a love for the city. He also went over some of the shortcoming of the film and his experiences working with Roy Scheider, as well as Adam Baldwin. Check out the trailer for Cohen and Tate.

It was great meeting such a prolific screenwriter and picking up his latest book, which he also signed at the event. While it was great speaking with him for a few minutes after the event, it was a little sad to learn that the company that put out the Near Dark’s home release didn’t even bother reaching out for commentary or special features with him, to add to the release. Cohen and Tate was a fun and first watch for me, and having the director there made the experience so much better. I’ll be on the lookout for Eric’s next trip to Houston.